Background Obtaining unbiased causal estimates from longitudinal observational data can be difficult due to exposure-affected time-varying confounding. The past decade has seen considerable development in methods for analysing such complex longitudinal data. However, the extent to which those methods have been implemented is unclear. This study describes and characterizes the state of the field in methods adjusting for exposure-affected time-varying confounding, and examines their use in the literature.
Methods We systematically reviewed the literature from 2000 to 2016 for studies adjusting for time-dependent confounding, including use of specific methods like inverse probability of treatment weighting (IPTW). Articles were coded based on the methods used and, for applied articles, the topic areas covered.
Results We screened 4239 abstracts, and subsequently reviewed 1100 articles, leaving 542 relevant articles in the analyses. The number of published articles increased from two in 2000, to 112 in 2016. This increase was primarily in applied articles using IPTW, which increased from one study in 2000, to 90 in 2016. Of the 432 studies with applications to observed data, 60.9% were on at least one of: HIV (30.6%), cardiopulmonary health (13.2%), kidney disease (11.8%) or mental health (10.0%).
Conclusions There has been marked growth in reports addressing exposure-affected time-varying confounding. This was driven by work in a small number of topic areas, with other areas showing relatively little uptake. In addition, despite developments in more advanced methods such doubly robust techniques and estimation via machine learning, implementation has been largely concentrated on the simpler, yet potentially less robust, IPTW. 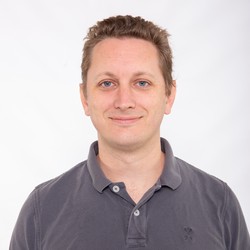 Biostatistician at the Prevention Research Collaboration, University of Sydney.