Age of Alcohol Initiation and Progression to Binge Drinking in Adolescence: A Prospective Cohort Study 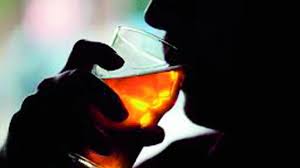 Background Early alcohol initiation is common and has been associated with the development of alcohol problems. Yet, past research on the association of age of initiation with later problem drinking has produced inconsistent findings. Using prospective data from the Australian Parental Supply of Alcohol Longitudinal Study cohort, this study examined age of alcohol initiation, and of first drunkenness, and associations with subsequent drinking in adolescence.
Methods A total of 1,673 parent–child dyads recruited through Australian secondary schools completed annual surveys for 5 years (grades 7 to 11). Limiting the sample to those adolescents who had initiated alcohol use by age 17 (n = 839), multinomial logistic regression models were used to examine associations between (i) age of initiation to alcohol use (consuming at least 1 full serve) and (ii) age of first drunkenness, and 2 outcomes: (i) binge drinking (consuming >4 standard drinks on a single occasion), and (ii) the total number of alcoholic drinks consumed in the past year, adjusted for a range of potential child, parent, family, and peer covariates.
Results Fifty percent of adolescents reported alcohol use and 36% reported bingeing at wave 5 (mean age 16.9 years), and the mean age of initiation to alcohol use for drinkers was 15.1 years. Age of initiation was significantly associated with binge drinking and total quantity of alcohol consumed in unadjusted and adjusted models. Age of first drunkenness was associated with total quantity of alcohol consumed in unadjusted models but not adjusted models and was not associated with subsequent bingeing.
Conclusions Initiating alcohol use earlier in adolescence is associated with an increased risk of binge drinking and higher quantity of consumption in late secondary school, supporting an argument for delaying alcohol initiation for as long as possible to reduce the risk for problematic use in later adolescence and the alcohol‐related harms that may accompany this use.